Activity of Danmar Computers in field of Research & Development 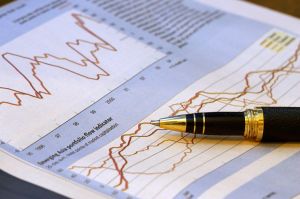 Implementation of research and development (R&D) by entities belonging to the private sector sets the latest trends in the practical application of new knowledge components being developed in conjunction with scientists from leading academic centers.

To meet these expectations, the company Danmar Computers regularly conducts R&D, both for their own use as well as a subcontractor tasks assigned by external entities.

The scope of this work is primarily experimental development, which according to the definition specified in the Commission Regulation No 800/2008 of 6 August 2008 declaring certain categories of aid compatible with the common market in application. 87 and 88 of the Treaty (General Block Exemption), means the acquiring, combining, shaping and using existing knowledge and skills in the fields of science, technology, business and other relevant knowledge and skills for planning and design for new, altered or improved products processes or services. This work in particular include activities related to the experimental production and testing of products, processes and services, provided that they are not used commercially.

Till today, the company has completed several projects in this group of R&D

The results are now the basis for the further development of information systems offered by Danmar Computers.

Apart from the above mentioned R&D projects there were carried out numerous R&D activities performed on behalf of other entities. As part of these activities was to include:

This website uses cookies to improve your experience while you navigate through the website. Out of these, the cookies that are categorized as necessary are stored on your browser as they are essential for the working of basic functionalities of the website. We also use third-party cookies that help us analyze and understand how you use this website. These cookies will be stored in your browser only with your consent. You also have the option to opt-out of these cookies. But opting out of some of these cookies may affect your browsing experience.
Necessary Always Enabled

Any cookies that may not be particularly necessary for the website to function and is used specifically to collect user personal data via analytics, ads, other embedded contents are termed as non-necessary cookies. It is mandatory to procure user consent prior to running these cookies on your website.